Bharat Sanchar Nigam Limited (BSNL) has improved its SIM sales performance during January 2021 by activating more than 1.6 million new mobile connections all over India. As we reported on last month, BSNL is continuously increasing their SIM sales with the help of new true unlimited offers to customers and lucrative incentive scheme to its channel partners / franchisees. 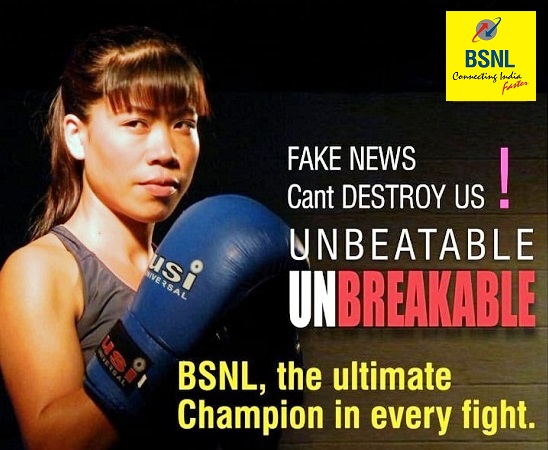 BSNL Mobile Plans : The best & the most economic offers in India

BSNL could add new mobile customers all over India even without 4G. The PSU has launched several attractive tariff plans and offers to compete with other private telecom operators which include – True Unlimited Voice Calls without FUP in all postpaid mobile plans starting from just 199/- onwards. In prepaid segment, BSNL launched a new TRUE UNLIMITED STV priced @ just Rs 398/– with 30 days validity where customers can enjoy unlimited voice calls and data without worrying about FUP usage limit.

Some of the latest offers announced by BSNL for its Mobile Customers (Prepaid & Postpaid) are listed below for your quick reference.
Dear readers, please share your views and opinions about BSNL Mobile Service via comments with us. How many of you have ported your mobile number to BSNL from other private operators ?
Share. Facebook Twitter WhatsApp Telegram
Previous ArticleBSNL revises Prepaid Combo STV ₹18 with unlimited voice and video calls, unlimited data 1GB/Day and free SMS benefits
Next Article BSNL extended Free 4G SIM Offer till 31st March 2021 for new as well as MNP Port-In connections