Telecom Regulatory Authority of India (TRAI) has released latest telecom subscription data for the month of October 2020. Jio and Airtel are the two operators added maximum numbers of new subscribers both in Wireless and Wireline segments during October 2020. 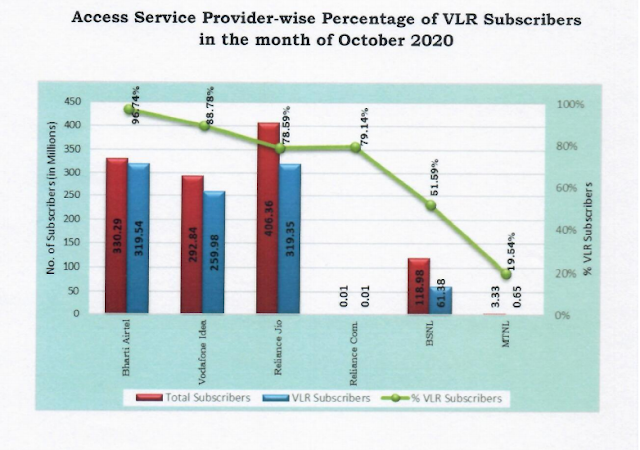 This latest TRAI report is a clear sign of market consolidation which is about to happen in Indian telecom market in coming days. It is expected that, the entire telecom market will get consolidated to maximum 3 or 4 operators where Jio & Airtel are supposed to take the leading role. From last few months, Jio started adding wireline subscribers at a faster rate which helped them to improve their wireline market share to 11.63% as on 31st October  2020.

After the outbreak of Covid-19 pandemic, more subscribers are interested in wired broadband connectivity instead of wireless / mobile broadband. It is because of the bandwidth constraints in  wireless technology as the total number of  internet users increased exponentially during this pandemic period.  As compared to wireless broadband, wired broadband preferably FTTH, offer assured bandwidth and stability which can be used effectively for online education, work from home  etc.

Read More : How can I apply for BSNL Bharat Fiber (FTTH) connection? What is the total cost for installing BSNL FTTH Broadband? 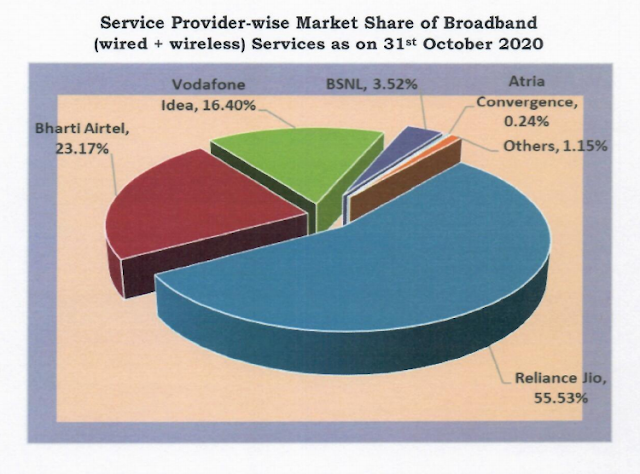 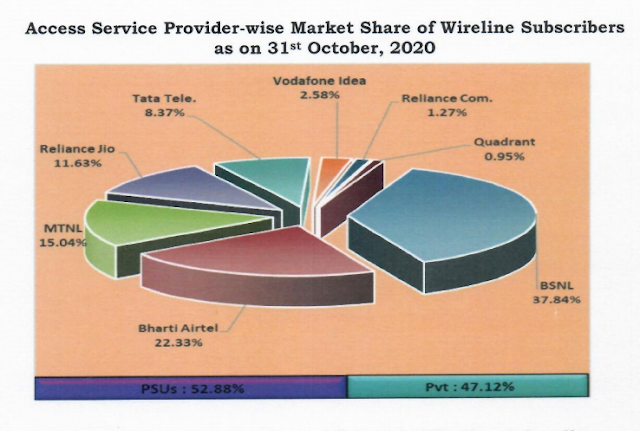 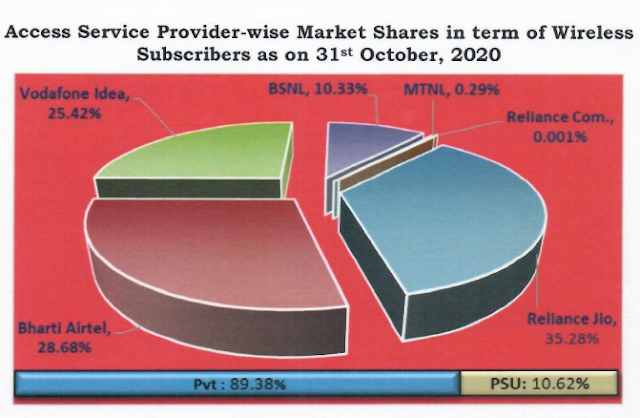 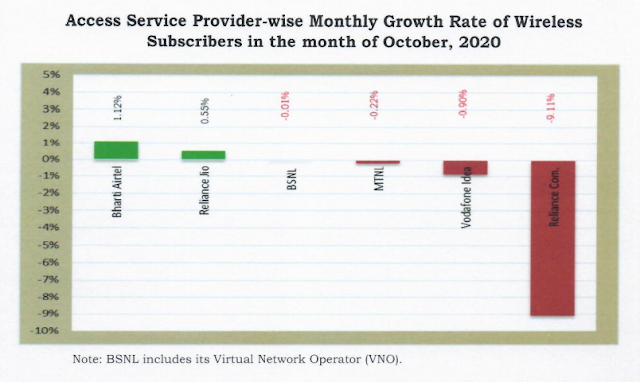 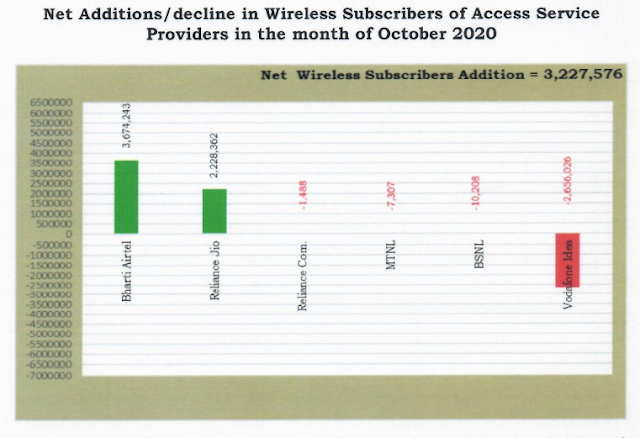 Dear readers, please share your views and opinions about this latest TRAI Report via comments with us.

Share. Facebook Twitter WhatsApp Telegram
Previous ArticleBSNL launches e-Marketplace : A platform that facilitates Franchisees to purchase telecom products from verified vendors
Next Article Activate SIM PIN lock to protect your SIM card from unauthorised use; How to get PUK Code to unblock your SIM card?