As we can see from past TRAI telecom subscription data, customer base and market share of Vi is continuously decreasing from April 2019. Vodafone Idea was the largest mobile operator in April 2019 with market share of 33.83% which is now reduced to 26.15% in August 2020. In terms of total customer base, Vodafone Idea is now at 3rd position behind Reliance Jio and Bharti Airtel. 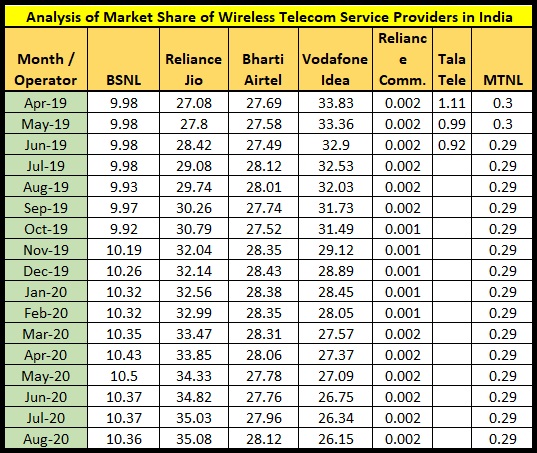 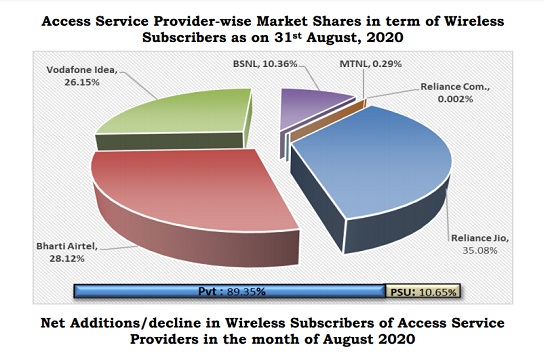 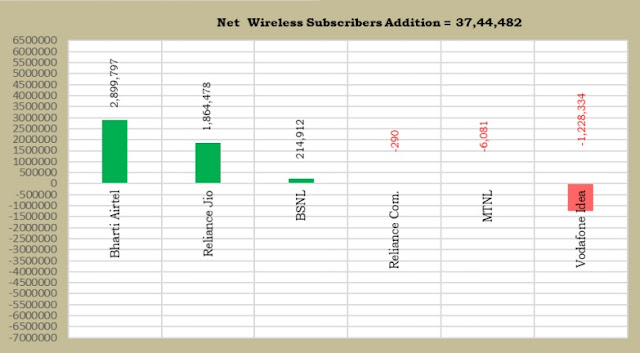 M/s Bharti Airtel Ltd has reported the wireless subscribers including the subscribers of M/s Tata Teleservices Ltd. Virtual Network Operator (VNO) of BSNL has started reporting of its subscribers from the month of October, 2018 and the same has been included in the subscriber base of BSNL.
Growth in Wireless Subscribers 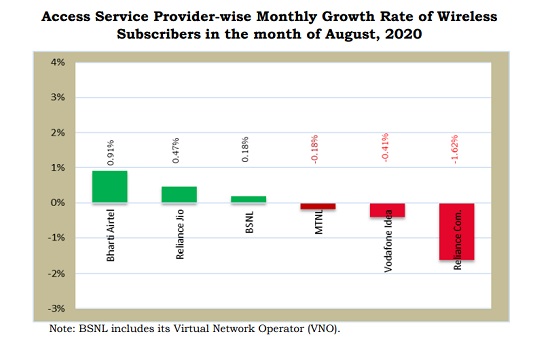 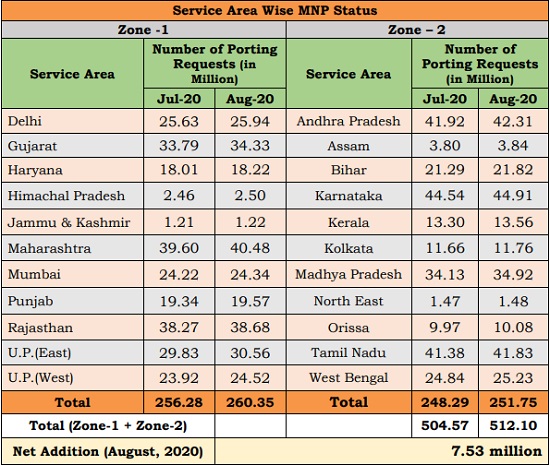 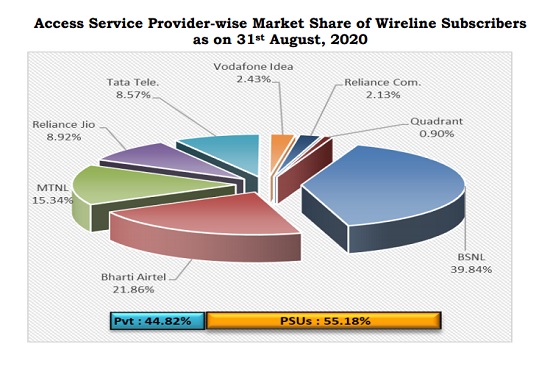 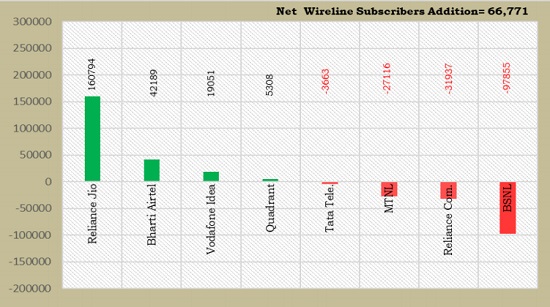 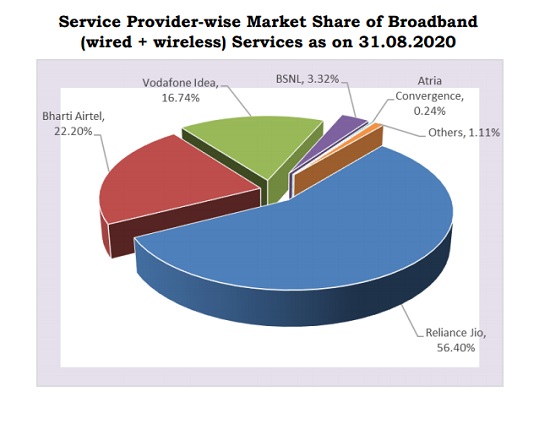 The number of
broadband subscribers increased
from 705.40 million at the end of
July-20 to 716.19 million at the
end of August-20 with a monthly
growth rate of 1.53%.
The top
five Wired Broadband Service
providers As on 31st August, 2020 were :-
The top
five Wireless Broadband Service
providers As on 31st August, 2020 were :-
BSNL is the only telecom service provider in the courtly which is operating without 4G in the highly competitive Indian telecom market. The PSU is trying their level best to improve their services through various customer friendly initiatives. The Voice Call quality is the best for BSNL Mobile Network as per TRAI My Call Analytics report. However, without 4G the PSU is not in a position to cater the ever increasing customer demand for high speed mobile data.
Even though BSNL’s Landline customer base is eroding day by day, BSNL is able to add millions of new Bharat Fiber (FTTH) connections even during this pandemic period. BSNL’s FTTH (Bharat Fiber) customer base in increasing exponentially all over India during this pandemic period as most of the educational institutions started online classes for their students. Software / BPO companies are also following Work From Home for their employees which they considered to be the most effective in the current situation. BSNL FTTH or BSNL Fibernet connections are considered to be of the supreme quality and stability as compared to all other FTTH operators in India. Hence more and more existing FTTH customers started migrating their connection to BSNL FTTH via Local Cable Operators (LCOs/TIPs/MSOs).
Read More : How can I apply for BSNL Bharat Fiber (FTTH) connection? What is the total cost for installing BSNL FTTH Broadband?
Dear readers, please share your views and opinions about this latest TRAI Report via comments with us.
Share. Facebook Twitter WhatsApp Telegram
Previous ArticleTRAI guidelines on Rent Rebate : How to get rental rebate for faulty period of your telephone connection?
Next Article BSNL’s new FTTH plan – Fiber Basic 449 is now open to all new customers in all the circles; Launches a new 60Mbps Fiber Basic Plus Plan 599 on PAN India basis