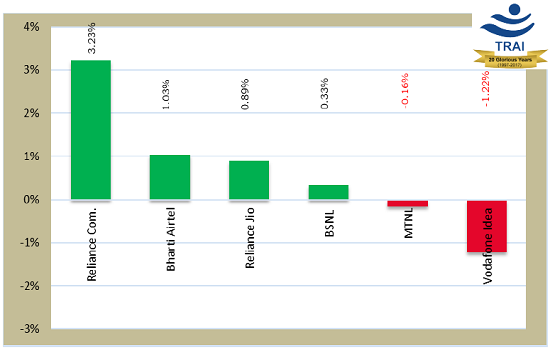 Apart from BSNL, other private operators shown positive trend in customer addition are – Reliance Jio, Bharti Airtel and Reliance Communication. Another state run PSU – MTNL – which is operating only in Delhi and Mumbai lost 5457 customers in the month of July 2020. The number of
broadband subscribers also increased during the same period with a monthly growth rate of 1.03%. 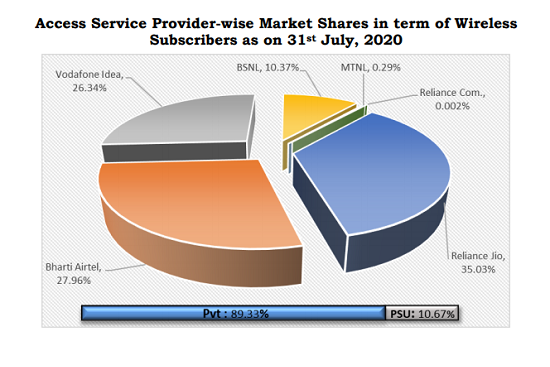 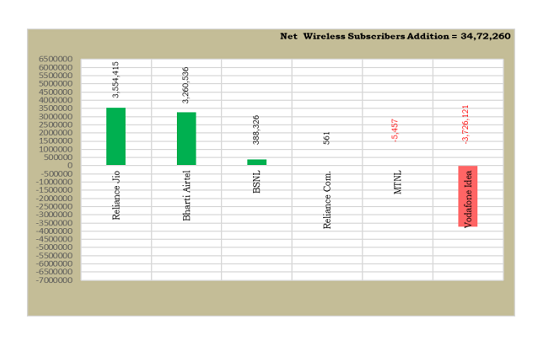 M/s Bharti Airtel Ltd has reported the wireless subscribers including the subscribers of
M/s Tata Teleservices Ltd. Virtual Network Operator (VNO) of BSNL has started reporting of its subscribers from the
month of October, 2018 and the same has been included in the subscriber base of BSNL.
Growth in Wireless Subscribers 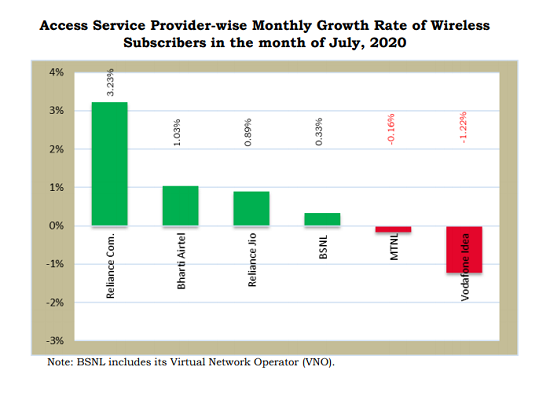 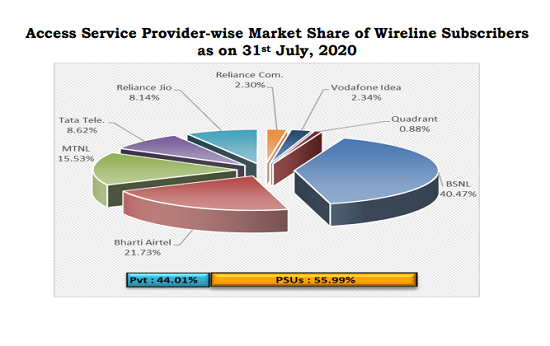 Access Service Provider-wise Net Additions in Wireline Subscribers
during the month of July, 2020 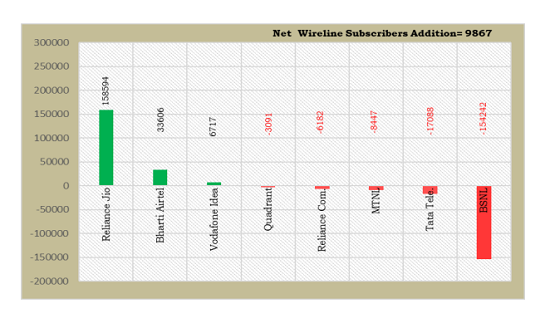 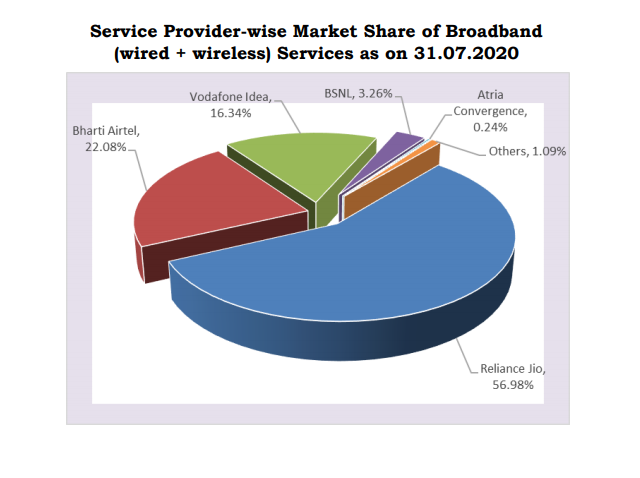 Top five service providers
constituted 98.91% market share
of the total broadband subscribers
at the end of July 2020. These
service providers were
Top Five Wired Broadband Service providers as on 31st July 2020
Top Five Wireless Broadband Service providers as on 31st July 2020
BSNL is the only telecom service provider in the courtly which is operating without 4G in the highly competitive Indian telecom market. The PSU is trying their level best to improve their services through various customer friendly initiatives. The Voice Call quality is the best for BSNL Mobile Network as per TRAI My Call Analytics report. However, without 4G the PSU is not in a position to cater the ever increasing customer demand for high speed mobile data.
Recently, the Union Cabinet has issued directions to DoT to instruct all Government Departments / Ministries to use BSNL /MTNL telecom services only. These instructions are also applicable to other CPSEs / Autonomous Bodies under Government of India. DoT has also issued instructions to Chief Secretaries of all State Governments to consider utilization of telecom services offered by BSNL/MTNL.
Read More : DOT/BSNL pensioners can submit Digital Life Certificate (Jeevan Pramaan) through BSNL Customer Service Centers : Check the list of approved BSNL CSCs
Dear readers, please share your views and opinions about this latest TRAI Report via comments with us.
Share. Facebook Twitter WhatsApp Telegram
Previous ArticleDepartment of Telecommunication (DoT) instructed to use BSNL/MTNL services in all Government departments, ministries, public sector units and autonomous bodies
Next Article BSNL to start Aadhar Number / Virtual ID (VID) based online e-KYC process for issuing new mobile connections