Press Release : DoT recognizes and values the importance of BSNL as a telecom service provider for the people of India 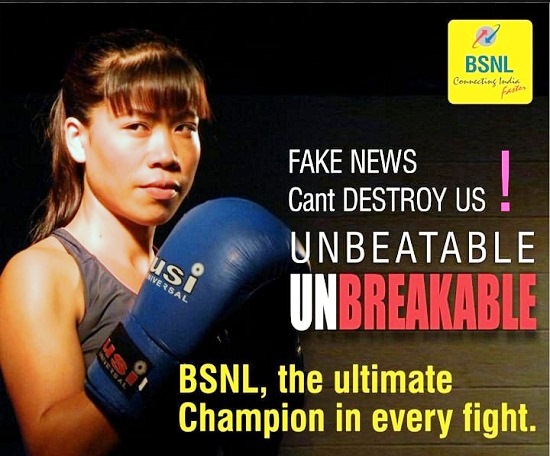 Attention of Government has been drawn to certain reports in a section of the media which convey the impression that BSNL may be closed down. However, this is NOT TRUE. At present, there is no proposal under consideration of the Government for closure of BSNL.
On the contrary, Department of Telecommunications, Government of India recognizes and values the inherent strengths of BSNL as a telecom service provider with huge infrastructure and reach especially in rural areas. Further DoT is in the process of finalizing a proposal for revival of BSNL to be considered by the Digital Communications Commission (DCC) very soon. 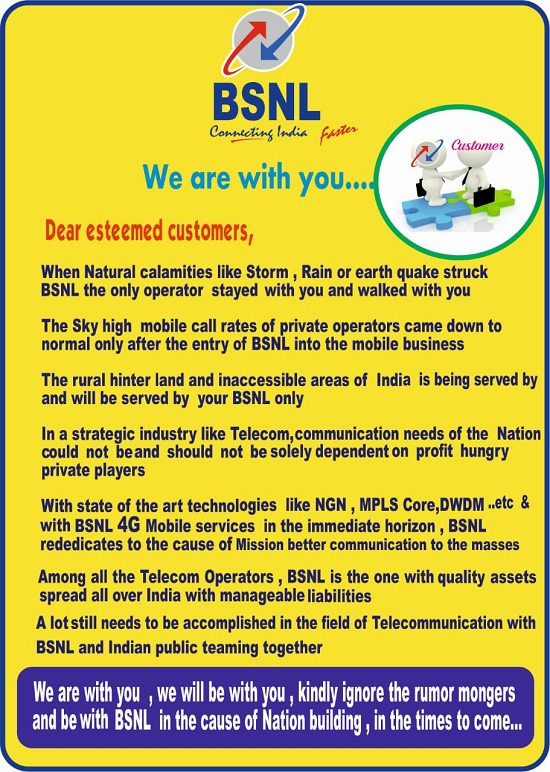 It appears that, the news reports in questions have unnecessarily tried to focus on closure as one of the options for revival of any PSU which is not in consonance with the current thinking of DoT.

It is clarified and reiterated that, DoT would like to see a robust BSNL, duly strengthened and financially viable,dedicated to servicing the nation and playing an important role in the telecom sector.

Dear readers, please share your views and opinions about the fake news being spread out by some of the news papers via comments with us.
Share. Facebook Twitter WhatsApp Telegram
Previous ArticleBSNL to revise validity and freebies of Voice STV 149 & Combo STV 159 with effect from 4th December 2018 onwards
Next Article BSNL launched Online Booking for Bharat Fiber – Ultra High Speed Fiber Broadband (FTTH) Service 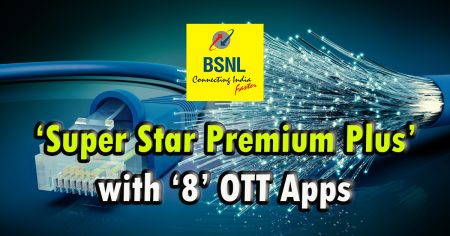