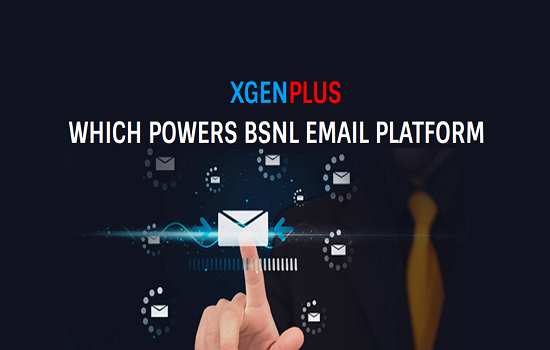 Dr. Ajay Data, Founder and CEO of Data XGen Technologies said, “BSNL has always led the new initiatives in India and offering 100GB storage space is another historical moment for the country. A made in India, DataMail app has empowered Indian citizens to interact in their own language through linguistic email address service and now with the DataRadio social media feature it has established a troll-free and non-abusive medium to reach out the mass audience.”

ASoM: Additional Storage on Messaging Service. The revenue between BSNL and MSP (Messaging Service Provider) under above plan shall be shared as per the agreement on the amount of only Rs. 5/- per month. The new broadband plan shall be effective with effect from 07-03-2017 on wards in all the Circles. Existing Broadband plan ‘BBG Combo ULD 990 ASoM’ will not be available for new customers from 07-03-2017.


BSNL  had launched free E-Mail Address service in 8 Indian Languages for its broadband users on 21st December 2016. BSNL broadband users are empowered to open an email ID in DataMail app  in their own languages. When mail box exceeds the free storage space offered, it becomes tedious for users to manage their old mails as they will have to either delete it or will have to look for paid storage space. While most of the email service providers offer 20 GB free storage space, this problem occurs frequently in a year for the mail users. BSNL’s 100 GB storage space is being offered with the broadband plan in free of cost with is in true sense world’s first initiative for the customers ease.