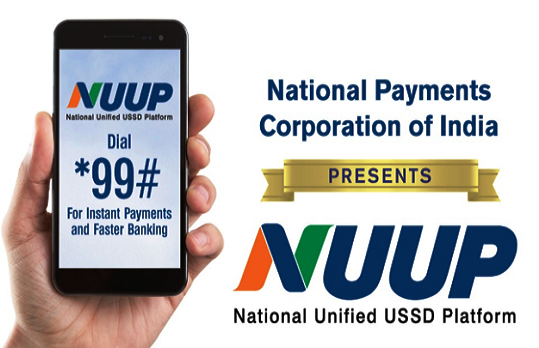 An official statement from BSNL read as follows – “To give impetus to the demonetization drive by Government of India and to facilitate masses to do cashless financial transactions even with feature phone, BSNL has decided to waive the tariff of National Unified USSD platform till 31st January, 2017.“
National Unified USSD Platform (NUUP) is a mobile banking service provided by NPCI (National Payment Cooperation of India) which works on the USSD technology which does not require internet facility on mobile handset. The USSD short code messages are used by consumers to avail banking services like checking balance, withdrawals, deposits and peer-to-peer-transfer etc.

“The free usage of this facility/feature will boost government objective to move toward a less cash society. This will enable use of electronic banking facility and reduce difficulty for common man,” RK Mittal, Director(CM), BSNL, said.

Also, you can dial *99*99# to know your Aadhaar linking and Over Draft Status.
Dear readers, please share your views and opinions about this latest news via  comments with us.
Share. Facebook Twitter WhatsApp Telegram
Previous ArticleBSNL plans to launch unlimited free mobile calls to any network @ Rs 149 from 1st January 2017 on wards
Next Article Customer Alert: ‘BSNL 4G Express SIM launched with One year free 4G data, voice calls and SMS’ is SPAM!!!