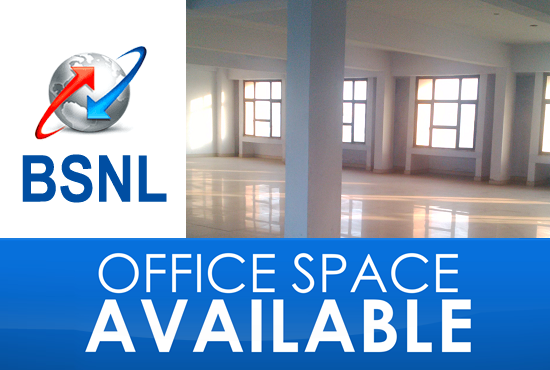 BSNL has decided to monetize its underutilized infrastructure resources which are located at commercially important locations all over India. The PSU will be renting out vacant spaces available in BSNL Buildings in various cities on lease basis.
BSNL published a link (http://rent.bsnl.co.in) on its official website which will give you circle wise and SSA wise list of available vacant spaces in BSNL Buildings. 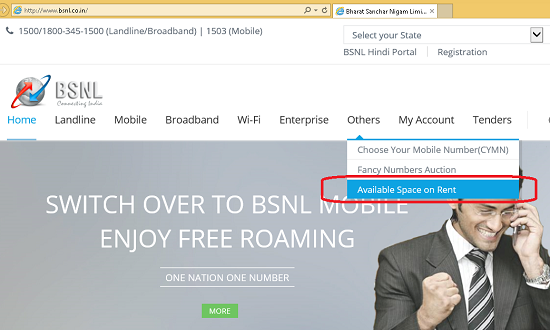 The permissible class of tenants for renting out the vacant spaces in BSNL on lease is as under :- 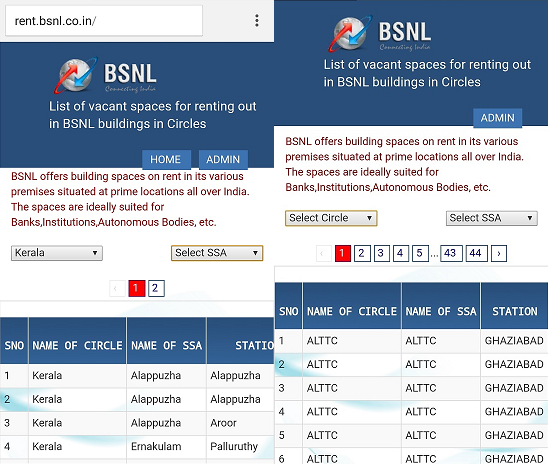 The list is available  @ http://rent.bsnl.co.in/ which contains address of location, floor, area, details of contact person and their mobile number along with sample photograph of location. Interested business firms may directly contact the building in-charge for more details.
Read More: BSNL recorded an operating profit of Rs 3,855 Crore in FY 2015-16, six fold jump as compared to the previous fiscal

Dear readers, please share your views and opinions about this latest initiative by BSNL via comments with us.