By Tele Kerala (Chief Editor)April 22, 2016Updated:August 30, 2021No Comments3 Mins Read
Facebook Twitter WhatsApp Telegram
Share
Facebook Twitter WhatsApp Telegram
Dalal Street Investment Journal (DSIJ), India’s No.1 investment magazine presented its 7th Public Sector Undertakings (PSUs) Awards on 21st April 2016. State run telecom major – Bharat Sanchar Nigam Limited (BSNL) has been conferred with the ‘DSIJ Best PSU Award 2015’ in the category of ‘Highest Turnover PSU in Mini Ratna – Non Manufacturing.’
The awards were given in recognition of performance excellence and their contribution to the economy. Fourteen PSUs were selected under various categories based on their performance in the year 2015. All awards were divided into three categories – Maharatnas,   Navratnas and Miniratnas. 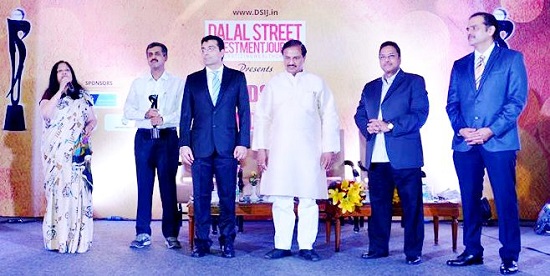 Smt. Sujata Ray, Director (Finance) & GM (CA) Sh. Madhav Punde from BSNL received the above award in a function organised at Delhi on 21st April, 2016. This award was given by Dr. Mahesh Sharma, Minister of State (Independent charge) for Culture and Tourism and Minister of State for Civil aviation.

Established in 1986, the masthead, Dalal Street Investment Journal, is one of the most recognized equity market publication and has been at the forefront of quality journalism ever since. Today DSIJ reaches out to its discerning readers in the print and the contemporary digital formats.