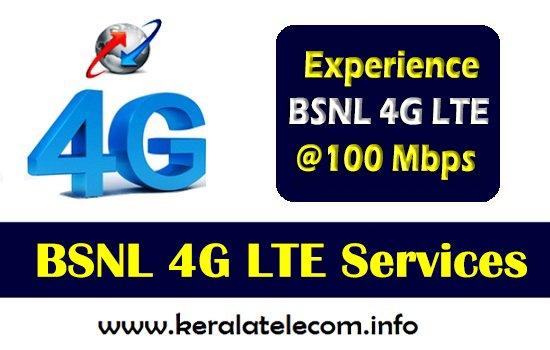 Till now, BSNL Kerala Circle has commissioned Wi-Fi Hotspots in 19 major locations in the state. BSNL will be installing 54 Wi-Fi Access points in 28 Hotspot locations in January 2016. Customers of any mobile company may access unlimited high speed internet from these WiFi hotspots. BSNL Wi-Fi service will be absolutely FREE for the first 15 minutes. Subscription plans will be made available once the free usage limit gets exhausted. Prepaid Wi-Fi vouchers are available with validity ranging from 20 to 365
days.

Regarding the commercial launch of 4G LTE Services in the state, BSNL CGM did not give a specific time frame and said that the final call on the launch had to be taken by the
corporate headquarters.

Dear readers, please share your views and opinions about this latest news from BSNL regarding the launch of 4G LTE Services and Wi-Fi Hotspots via comments with us.