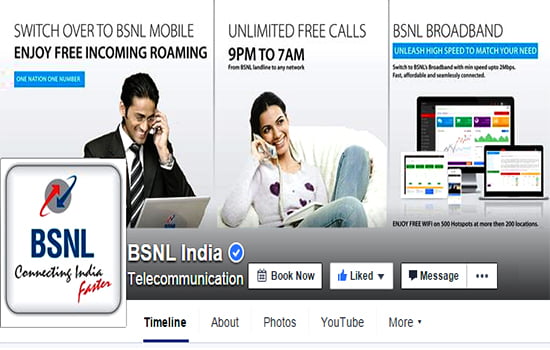 BSNL opened Official Facebook and Twitter accounts few months back and started addressing customer complaints in an effective manner. The complaints posted on these official social media pages are being monitored by the IT ministry and each of these complaints are being settled in a time-bound manner. Till now, BSNL received 326 complaints, of which 111 cases had been resolved.

Communications and IT minister Ravi Shankar Prasad said – “This is part of digitising India. For digital revolution to trickle down to grass-roots level, citizens’ complaints from any corner of the country, especially remote, must be redressed immediately and promptly.”

Genuine complaints received through social media is forwarded to the department concerned in writing and a time frame is given for attending to that complaint. The minister’s personal staff monitors this redressal mechanism and delay in redressing public grievances beyond the stipulated time frame is taken very seriously.