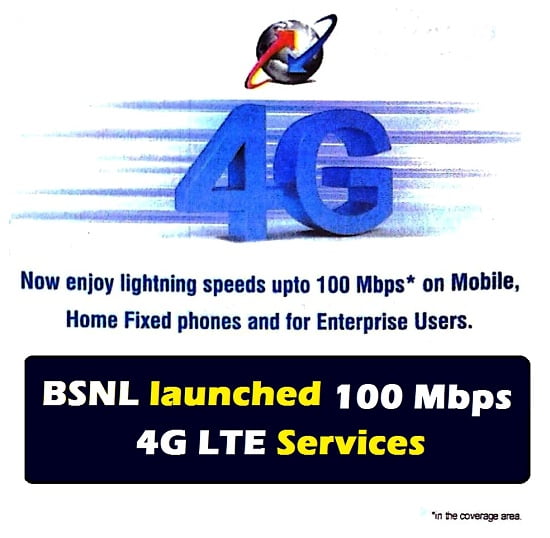 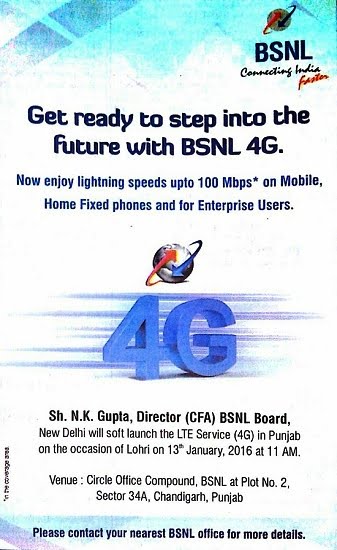 However, the tariff and other commercial details are not yet revealed by BSNL so far. It is also reported that, BSNL is in discussions with private telecom players to launch 4G services on PAN India basis. Reliance
Jio had already entered into a deal with BSNL for leasing out its mobile towers.

N K Gupta Director (CFA), BSNL said – “This soft launch is special for us and providing data services at a high-speed is good for the growth of the industry.” 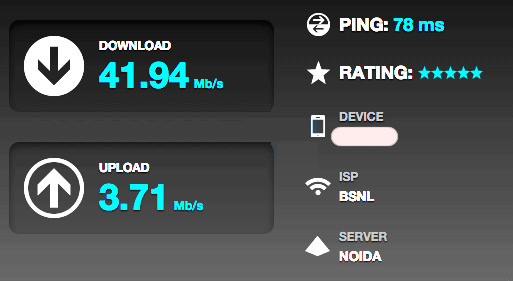