Total Revenue of BSNL Kerala Circle increased by 3.64% in 2015, More than 55% of Total Revenue came from Mobile Services 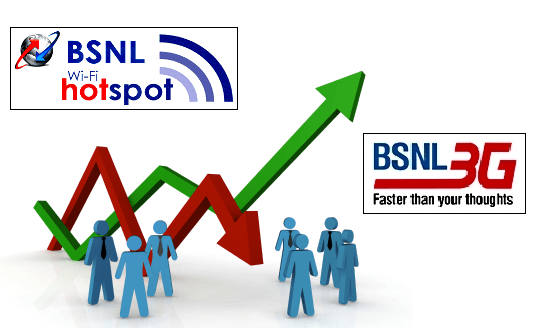 
BSNL Kerala Circle is also showing healthy growth in FTTH (Fiber Broadband), WiMax & Infra Sharing / Tower Leasing. There is a sharp increase in revenue of 62.68% from infra / tower sharing. Till November 2015, BSNL Kerala Circle had leased out around 673 towers (which is the highest in entire BSNL) to other telecom service providers. The revenue generated from tower sharing in November 2015 is Rs 2.37 Crores.


Dear readers, please share your views and opinions about the revenue performance of BSNL Kerala Circle via comments with us.
Share. Facebook Twitter WhatsApp Telegram
Previous ArticleBSNL announced massive reduction in call rate up to 80% to its existing Prepaid Mobile Customers on PAN India basis
Next Article BSNL slashes Prepaid and Postpaid SIM Charges by 50% across all telecom circles from 22nd January 2016 on wards