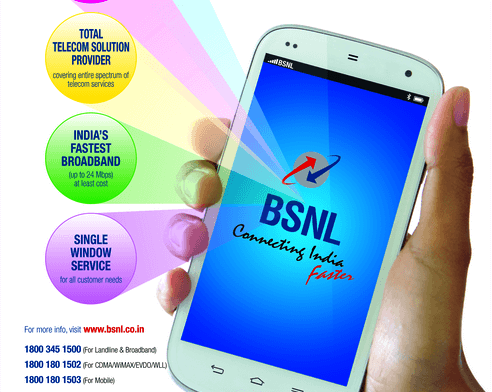 The best performers in SIM sales were – Jharkhand, North East – I, Rajasthan, Tamil Nadu, Maharashtra telecom circles and Chennai & Kolkata telecom districts. BSNL achieved more than 87% of the target set for SIM sales in December 2015. All telecom circles performed well except West Bengal and Jammu & Kashmir whose achievement is less than 50% of assigned target.


BSNL started showing positive signs of revival form June 2015 on wards, after the launch of Free All India Roaming Scheme for its Prepaid and Postpaid Mobile customers. As compared to May 2015, BSNL witnessed a sharp increase of 34% in the gross SIM sales in June 2015. In July 2015, BSNL’s gross SIM sales further increased to 16.1 lakhs.


Read More: More than 85 percent increase in gross SIM sales of BSNL in July 2015, Free All India Roaming and 3G Data Offers getting overwhelming response from customers across India


The latest TRAI Report revealed that, BSNL’s market share in wireless segment has just started to increase from October 2015. BSNL is continuously maintaining its position in the Top Five in net addition of wireless subscribers as well as in the monthly growth rate.