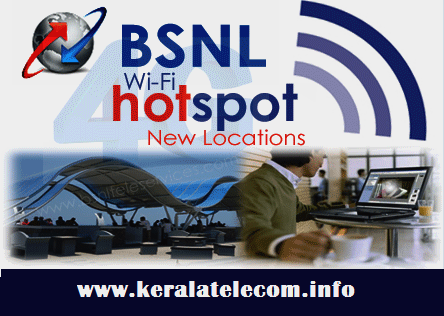 
In the coming days, BSNL will be concentrating more on Public WiFi services and WiFi Off-load solutions to cater the heavy data demand of wireless subscribers. BSNL WiFi services will compete with 4G services of private plyaers like – Reliance Jio, Airtel, Idea and Vodafone.


See the latest WiFi Hotspot Plans and Offers from BSNL for Retail Customers and Bulk User Customers below:

With respect to 4G, BSNL decided to launch Ultra Fast 4G Services in 14 telecom circles. Initial testing (proof of concept) already started in Indore and Lucknow. BSNL has plans to float (Expression of Interest) for 4G services in 25 cities by December, 2015. See its details below:

BSNL has also decided to set up 100 Free WiFi Zones in Rural India in association with social networking giant – Facebook. BSNL will be providing the back-haul internet bandwidth for all these 100 locations. So far, nearly 25 villages have been covered under the pilot programme in southern and western India.

Dear readers, please share your views and opinions about this ambitious Public WiFi project of BSNL via comments with us.