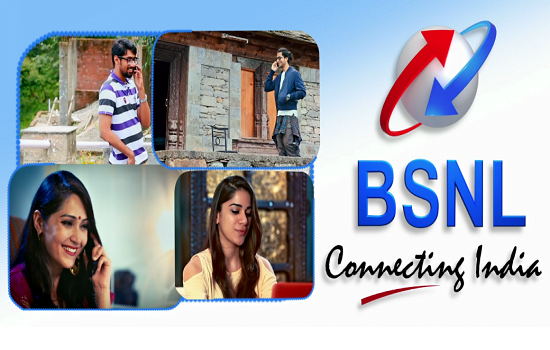 As per the latest information, the overall revenue earned by BSNL during 2015 (till Nov-2015), has shown a remarkable increase of 2.29 percent compared to last year. The total revenue earned up-to November 2015 has increased to 15,118.55 crores from 14,780.55 in the previous year . Out of the 26 telecom circles, 19 circles registered  a positive growth in revenue generation.

While comparing the revenue performance of telecom zones, it is observed that, out of the four telecom zones, three of them – (North, West & South) – registered positive growth in revenue generation. East Zone (Orissa, North East, Assam, Jharkhand, Bihar,
Kolkata, and West Bengal) registered a decline 4.09 percent in the
revenue.

The detailed analysis of revenue performance of BSNL units also revealed that, the revenue generation from selected 46 SSAs  from four Zones of BSNL is more than 40% of total revenue earned from all 333 BSNL SSAs. The best performing SSAs are – Gurgaon and Sonipat SSAs, where revenue growth up to November 2015, as compared with that of November 2015 stood at healthy increase of  31.53% and 12.79% respectively.

Out of the 46 most revenue generating SSAs, 9 of them are from BSNL Kerala Circle. They are – Calicut (+8.04%), Kollam (+6.60%), Malappuram (+6.39%), Alappuzha (+4.54%), Trichur (+4.41%), Kannur (+3.43%), Ernakulam (+3.25%), Trivandrum (+2.41%) and Kottayam (-1.58%). The best performing SSA in Kerala Circles in terms of percentage growth in revenue generation is Calicut SSA, followed by Kollam and Malappuram. At the same time, revenue from Kottayam SSA has declined by 1.58%.
Read More : BSNL registered an outstanding Mobile Data Revenue Growth of 92% in the FY 2014-15
BSNL higher authorities has started monitoring the performance of each of its telecom units – up to SSA level on daily basis. Let us hope that all these new revival strategies and close monitoring of performance will further increase the revenue performance of BSNL in coming days.