By Tele Kerala (Chief Editor)November 3, 2015Updated:August 30, 2021No Comments2 Mins Read
Facebook Twitter WhatsApp Telegram
Share
Facebook Twitter WhatsApp Telegram
Government of India has given approval for Google to offer uninterrupted internet connectivity via large Balloons.  Google’s Project Loon is a network of balloons traveling on the edge of space, floating at a height of 20 kilometer above earth surface, designed to connect people in rural and remote areas. 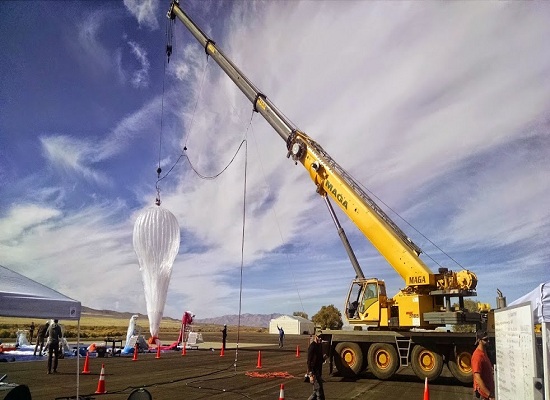 Project Loon balloons float in the stratosphere, twice as high
as airplanes and the weather. In the stratosphere, there are many layers
of wind, and each layer of wind varies in direction and speed. Google has
already tested this technology in New Zealand, California (the US) and
Brazil.

Google approached Government of India to set up the Loon project and drone-based internet transmission. Government has approved testing of Loon project only as of now. A committee under chairmanship of Secretary, DeitY, has been formed to work on the proposed project.

Google may initially partner with state run telecom operator, BSNL for testing this technology by using wireless broadband spectrum in 2.6GHz band. The source said that Google may operate as technology service provider and not as internet service provider. As per Google, each balloon can provide connectivity to a ground area about 40 km in diameter using a wireless communications technology called LTE or 4G. Google uses solar panel and wind to power electronic equipment in the balloon throughout the day.

As per the information from reliable sources, BSNL has already given instructions to all telecom circles to free one of its central frequencies (2652.5MHz) which is currently used for WiMax Services within one month. Currently, BSNL uses 2637.5, 2642.5, 2647.5, 2652.5 MHz as central frequencies for WiMax towers.


Loon balloons go where they’re needed by rising or descending into a layer of wind blowing in the desired direction of travel. Google Balloons may be used to transmit 4G signals directly to mobile handsets without mobile towers.

Dear readers, please share your views and opinions about BSNL’s new initiatives in shaping Digital India via comments with us.