By Tele Kerala (Chief Editor)October 11, 2015Updated:August 30, 2021No Comments4 Mins Read
Facebook Twitter WhatsApp Telegram
Share
Facebook Twitter WhatsApp Telegram
As we know, all operators are increasing mobile data tariff  day by day. Recently BSNL has also announced the revision of its most popular data stv 68 by reducing its validity from the existing 5 days to 3 days with effect from 20th October 2015 onwards. 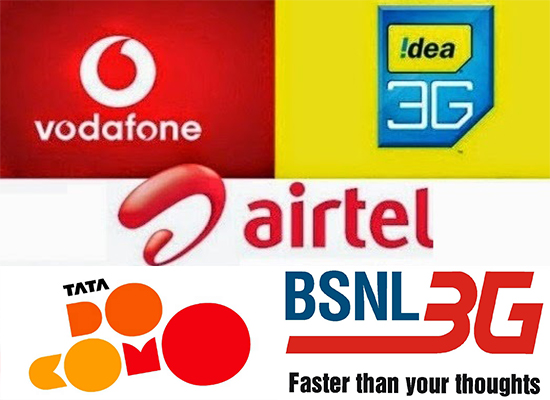 Now let us compare the available prepaid 3G mobile internet packs/ 3G data stvs offered by various operators in Kerala Telecom Circle. In Kerala Circle, BSNL, Idea, Docomo and Aircel got 3G spectrum and out of which all operators except Aircel is currently offering 3G mobile internet services.
Comparison of 3G Mobile Data Tariff offered by Operators in Kerala Telecom Circle
*Latest 3G Mobile Data Tariff was taken from the official website of respective mobile operators
From the above table it is very much clear that, 3G Mobile Internet Packs offered by BSNL are the best and economical even though they have announced certain tariff changes with effect from 20th October 2015.


(Note: Expiry of BSNL’s data packs / stvs are based on 24 hours clock and hence one may actually get 6 days validity with the newly announced Data STV 78)

The PSU has already started doubling its 3G coverage by installing around 2000 and more new 3G mobile towers across the state. See its details below: