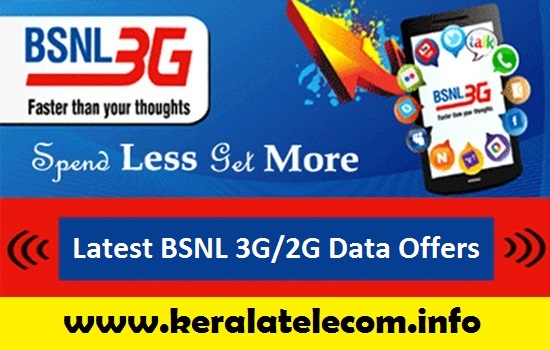 *In case of Assam, J&K and North East LSAs validity of plan is subject to the guidelines/instructions issued by Govt. of India/Regulatory Authority from time to time.

All the other terms and conditions will remain same. The above tariff will be applicable from 01-10-2015 on PAN India basis.


Recently BSNL announced the launch of Unlimited 3G Prepaid Data STVs but due to technical limitations, the PSU has not implemented those Unlimited Prepaid 2G/3G Data STVs.


See the existing Prepaid 3G/2G Data Offers from BSNL below:

Dear readers, please share your views and opinions about this latest data tariff revision from BSNL via comments with us.