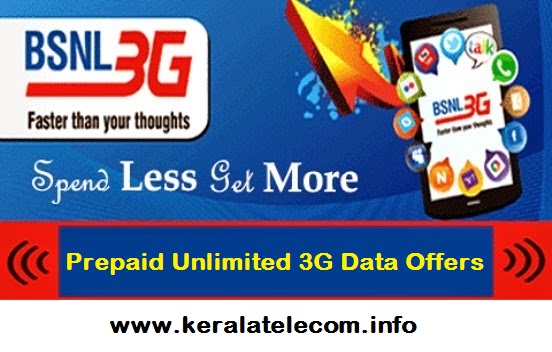 
Currently BSNL offers the lowest and economical 3G data packs for its customers in India. See the existing 3G data offers from BSNL below:


Earlier in April 2015, BSNL launched Prepaid Unlimited 3G Data offers for customers in Haryana and Himachal Pradesh Circles. Now as per the latest information, those STVs will also be withdrawn from 27-08-2015 onwards.


Dear readers, please share your views and opinions about these new Prepaid Unlimited 3G Data Offers from BSNL via comments with us.