More than 85 percent increase in gross SIM sales of BSNL in July 2015, Free All India Roaming and 3G Data Offers getting overwhelming response from customers across India

By Tele Kerala (Chief Editor)August 19, 2015Updated:August 30, 2021No Comments3 Mins Read
Facebook Twitter WhatsApp Telegram
Share
Facebook Twitter WhatsApp Telegram
State run PSU Bharat Sanchar Nigam Limited (BSNL) is getting tremendous response from customers across India as the newly launched offers – Free All India Roaming and Lowest 3G Data Packs – already made an impact in Indian telecom market. As per reports, the gross SIM sales of BSNL has increased from 8.6 Lakhs in the month of May 2015 to 16.1 Lakhs in the month of July 2015. 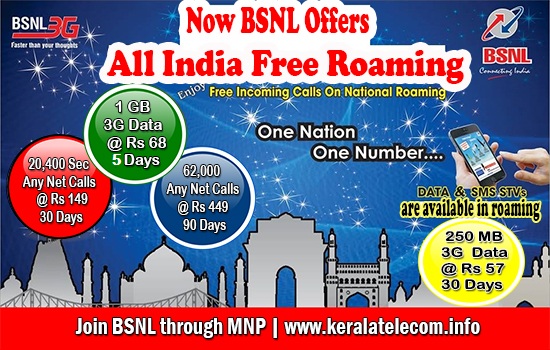 From these figures, it is very much clear that BSNL’s new offers were already made an impact among mobile users. As we know, BSNL is under a revival stage and these newly launched offers would certainly help the PSU to regain its lost market presence.

Similarly, in wire line segment, BSNL launched Unlimited Free Night Calling Scheme for its landline and broadband customers across India. As we reported earlier, this scheme has also got huge response from public. See its details below:

Dear readers please share your views and opinions about this wonderful performance by BSNL via comments with us. Whether this trend will help BSNL to increase its market share and revenue in the coming days.