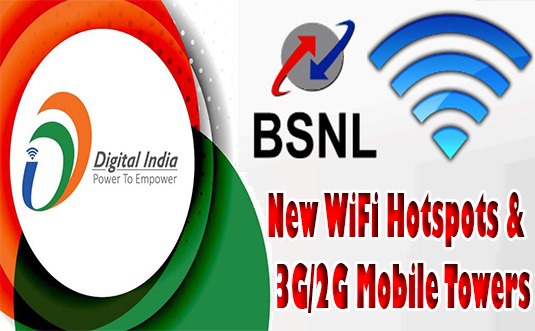 In addition, BSNL has also announced the launch of New 3G/2G Mobile Towers across all telecom circles during the Digital India Week. As we reported earlier, BSNL Kerala Circe has announced it’s 3G expansion plan by adding around 2000 new 3G towers. See it’s details below:

Dear readers, please share your views and opinions about Digital India Week celebrations by BSNL via comments with us.