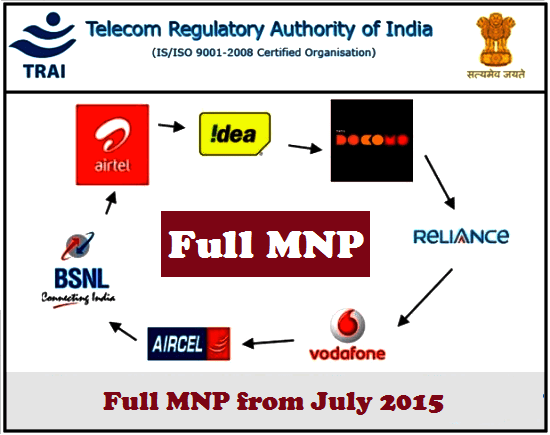 After implementing Full MNP (FMNP), mobile subscribers will be able to change their service provider in any part of the country while retaining the existing number. Recently, DoT amended National Number Plan – 2003 (NNP) for the smooth implementation of FMNP.
As per this amendment, Mobile phone and landline users anywhere in India can dial STD Mobile numbers without using 0 or +91 as a prefix. As of now, the mobile number portability (MNP) is only allowed within the particular telecom circle.


Initially, DoT given instructions to all service providers to implement Full MNP by May 3, 2015. And later, two months extension was given to all Telecom Service Providers (TSPs) by DoT.

DoT had given this extension because of the technical difficulties associated with the implementation of Full MNP. Operators need to change their hardware as well as software and the testing process was time consuming.