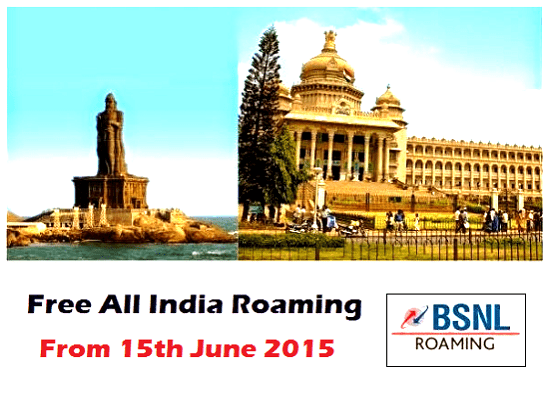 Telecom minister has announced this historic decision while addressing the media in New Delhi briefing the achievements of his ministry. The Minister also added that, spectrum sharing and trading policy to go to Cabinet this month and full mobile portability will be given from July, 2015 onwards.
As per tha latest TRAI reports, the state run PSU has got around 117 million customers across India and this news will definitely attract more customers towards BSNL.

The minister also said that, the NDA government has promised free roaming and now it has become a reality. In May 2015, BSNL slashed it’s roaming call charges across India by 40 percent following a telecom tariff order issued by the Telecom Regulatory Authority of India. The PSU has already introduced a variey of plans and special tariff vouchers (STVs) to make national roaming Free.