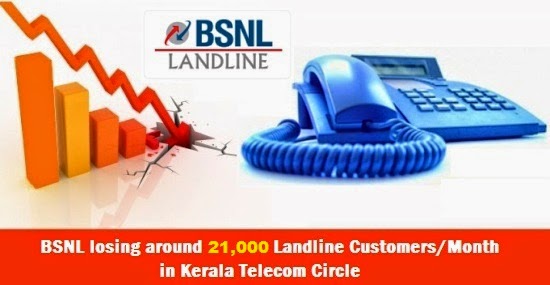 Kerala Circle is the only BSNL telecom circle which made 3 digit profit in the previous financial year.

As per the information from BSNL sources, road development works carried out by different agencies across the state contribute the major damage to BSNL’s underground cable system. The lack of co-ordination between BSNL officials with Road development agencies is the main reason for the cable damages.
Landline / Wired Broadband services is the major source of revenue for the telecom major BSNL. As per the latest TRAI report, the PSU holds the No.1 position in the Wired Broadband segment.