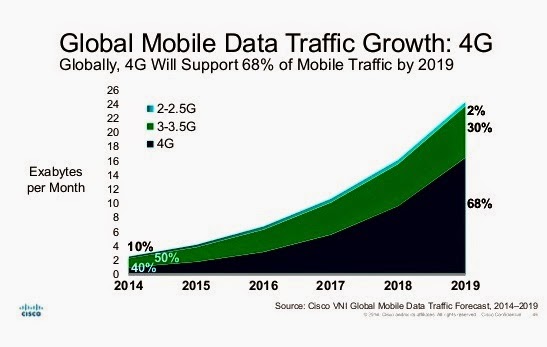 “The ongoing adoption of more powerful mobile devices and wider deployments of emerging M2M applications, combined with broader access to faster wireless networks, will be key contributors to significant mobile traffic growth in the coming years. This mobile-centric environment will give service providers a new landscape of challenges and opportunities to innovatively deliver a variety of mobile services and experiences to consumers and business users as the Internet of Everything (IoE) continues to take shape,” said Doug Webster, Vice President of Service Provider Products and Solutions Marketing, Cisco.

“The worldwide shift from basic-feature phones to smartphones – combined with the continued growth in tablets, a resurgence in laptops with tablet-like capabilities as well as expanding machine-to-machine (M2M) applications – are key factors supporting the increasing smart traffic trend,” the report mentioned in its statement.