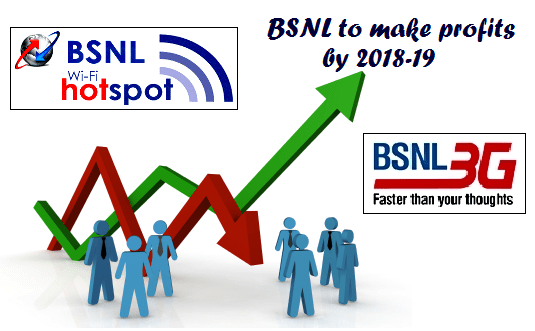 As we reported earlier, BSNL has already made agreements with State Bank of India & Triotech for launching mobile-based wallet services. Through this, a mobile user can pay for various services such as recharge of prepaid cards and mobile/utility bills, booking film tickets and shopping online etc.
All major private telecom players such as Bharti Airtel, Vodafone and Aircel already offer mobile wallet services, through partnerships with various banks.
BSNL’s New Chairman and Managing Director Mr.Anupam Shrivastava said – the sate owned telecom PSU, BSNL will start making profit by 2018-19 with main focus on Data Services. There is an investment plan of Rs 39,000 crore over the next five years to expand BSNL’s core network and reviving the public sector undertaking in the next three years.
BSNL plans to start Wi-Fi hotspots wherever is commercially viable. The PSU has plans to integrate its Wi-Fi with its mobile network. The CMD aslo added that, BSNL will also launch 4G services by 2016.
In the next two-three years, BSNL expects to double its revenue from data and broadband services to Rs 15,000-16,000 crore. Currently, it generates Rs 1,350 crore a year from the data segment and Rs 7,500 crore from broadband. Mobile services generate annual revenue of Rs 13,500 crore.