BSNL and MTNL will not participate in the upcoming spectrum auction

By Tele Kerala (Chief Editor)February 10, 2015Updated:August 30, 2021No Comments2 Mins Read
Facebook Twitter WhatsApp Telegram
Share
Facebook Twitter WhatsApp Telegram
State run telecom firms BSNL and MTNL have declared that they will not be participating in the upcoming spectrum auction. The auction of 2G and 3G spectrum is scheduled to start from March 4 and bidders can submit their applications by February 16. 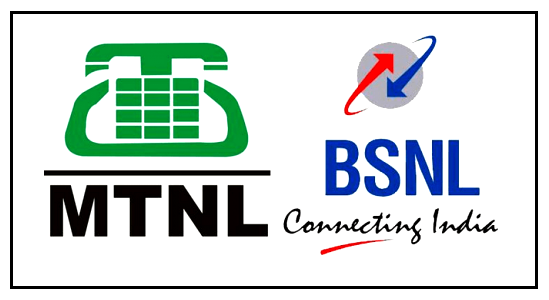 As per latest media reports, BSNL’s CMD Anupam Srivastava and MTNL’s CMD P K Purwar said that – the telecom companies would not take part in the auction as there was no need of additional spectrum at present. The telcos didn’t participate in the previous November 2012 & March 2013 spectrum auctions as well.
Government had garnered about Rs 62,162 crore from the last auction in February 2014. Government is expecting
over Rs.1 lakh crore from the auction of airwaves in four bands-800MHz,
900 MHz, 1800 Mhz and 2100 MHz and targets to garner minimum of
Rs.82,395.
A total of 103.75MHz in 800MHz band will be put up for sale across all circles, 177.8MHz in 900MHz band in 17 circles, 99.2MHz in the 1800MHz band in 15 circles and 85MHz in 2100MHz band will be put up for auction in 17 circles.
The auction is crucial for private firms such as Bharti Airtel, Vodafone, Idea Cellular and Reliance Communications whose licences in many circles are coming up for renewal by the end of this year and they need to buy back airwaves.
Share. Facebook Twitter WhatsApp Telegram
Previous ArticleBSNL Kerala Circle: Latest Prepaid Mobile Tariff Card / Infocard February 2015 || Updated as on 06.02.2015
Next Article BSNL Kerala Circle: Latest Postpaid Mobile Tariff Card / Infocard February 2015 || Updated as on 06.02.2015