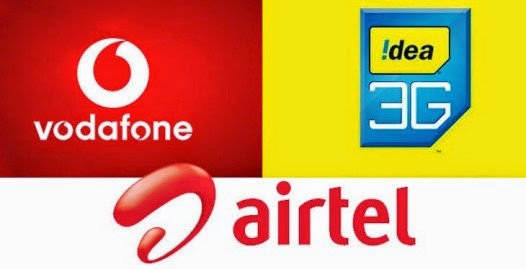 In April, the TDSAT had ruled that the roaming agreements made by the three private telcos: Airtel, Vodafone and Idea (AVOID) were not illegal. After this ruling, they have started selling their 3G products in those circles where they do not have 3G license.

Earlier DoT has issued show cause notices to these operators and levied a fine of around Rs.1,200 crore. The operators then approached TDSAT.
Intra circle roaming allows an operator to offer 3G services using spectrum allocated to another operator, till such time as the first operator is allocated the necessary spectrum.
A bench of justices J. Chelameswar and S.A. Bobde said that it would consider the DoT’s application seeking stay of the TDSAT order which has allowed the companies to restart intra-circle roaming services.
Tata and Aircel also had signed similar 3G intra-circle roaming agreements but they ended their pact after DoT issued notices to them.
Dear readers, please share your opinions via comments about this judgement of our Supreme Court.
Share. Facebook Twitter WhatsApp Telegram
Previous ArticleHow to fix errors in BSNL Broadband: General Instructions & Connection Diagnosis
Next Article Exclusive: BSNL to Regularise it’s Higher FUP Bandwidth Broadband Plans ‘BBG Combo ULD 1445’ & ‘BBG Combo ULD 2799’ across India from 15-12-2014 onwards