Radiation from Mobile Towers: A Few things to Know || BSNL Mobile : Lowest Radiation as per WHO standards

By Tele Kerala (Chief Editor)October 26, 2014Updated:August 30, 20211 Comment3 Mins Read
Facebook Twitter WhatsApp Telegram
Share
Facebook Twitter WhatsApp Telegram
Radio Frequency (RF) fields are present in the environment ever since the invention of Radio. AM / FM transmission, Television, Radar etc. use RF filed. The intensity of these fields including the one that is used in Mobile Phones is very low. 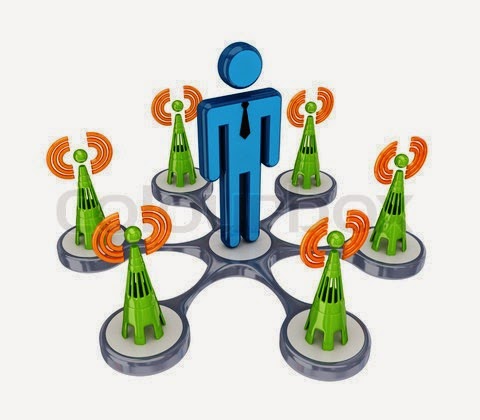 Mobile Phone Towers emit RF microwaves in the frequency range 800-100 MHz that are directed towards horizon. So people staying near the tower will not receive any significant radiation.
Besides, the signal fades away rapidly over distance. Microwave is a non-ionizing radiation unlike X-rays or Gamma-rays that are ionizing. Ionizing radiation can cause biological damage. These RF fields do not have sufficient energy to produce direct biological effects. The RF fields generated near Mobile Towers are thousands of times lower than the recommended maximum exposure level.(Specific Absorption rate for Public: 0.08 watt / kg)

Scientific studies performed to date suggest exposure to low intensity non-ionizing RF fields do not impair the health of human or animal. The overall population exposure from mobile phone towers is extremely low and no increased risk for cancer or other diseases has been established.

From the above it is clear that, Mobile Phone Towers are not a health hazard for the Public as per available knowledge.

Consumers can lodge their complaint online on the DoT Web site www.dot.gov.in through a link “Public Grievance – EMF Radiation”. The work of testing the site for radiation has been assigned to TCIL at present. The complainant can get the site tested by paying Rs 4,000 to TCIL. In case the site is found to be non-compliant with respect to the desired norms on testing, no fee would be charged from the complainant. The test results will be made available on the Web site of DoT and will also be sent to the complainant through email and SMS.

TCIL will initially deploy five teams for this purpose that is expected to handle 15 complaints per day. The EMF exposure limit has been lowered to one-tenth of the exposure limit standards prevalent in 90 per cent of the countries. India now has one of the most stringent EMF exposure norms in the world as Specific Absorption Rate value standards for mobile handsets also have been revised.

Telecom Enforcement Resource & Monitoring (TERM) Cells of DoT have been conducting audit on the self-certification furnished by the service providers. TERM Cell carries out test audit covering up to 10 per cent of the base transceiver station (BTS) sites on random basis. For non-compliance with EMF radiation standards, a penalty of Rs 5 lakh is liable to be levied per BTS for each operator.

Dear readers, have you ever worried about the increasing number of Mobile Towers in our country. What is your personal opinion regarding the health concerns caused by the radiation from Mobile Towers?
Share. Facebook Twitter WhatsApp Telegram
Previous ArticleBSNL Unlimited 3G Data Plans: Most Economical Offers for ‘Always Online’ Heavy Data Usage Customers
Next Article BSNL joins hands with M/s Dimension Data to provide Cloud IDC Services to Corporate Enterprise Customers