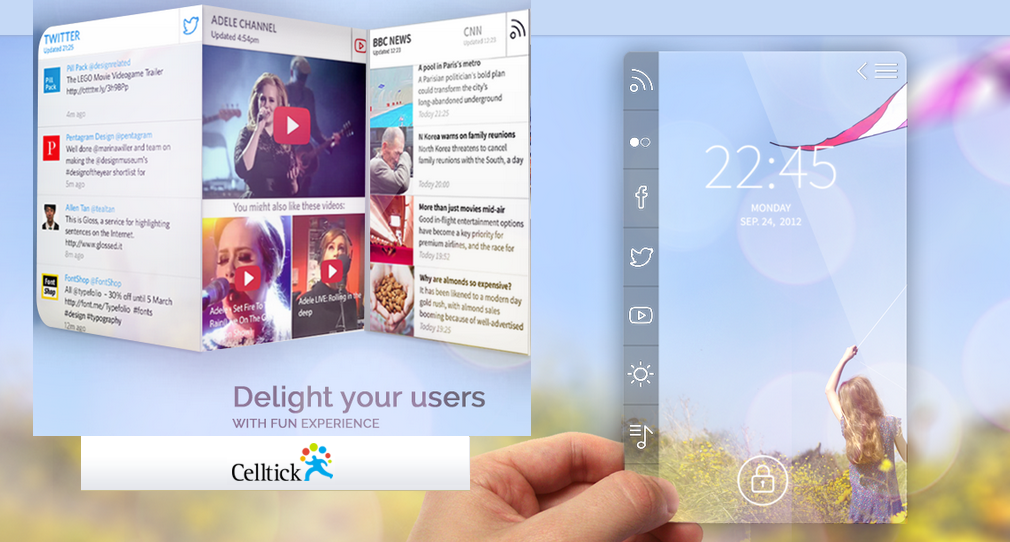 M/s Celltick will deploy end to end management of providing content, promotions, contest etc. in association with BSNL. They will provide services to BSNL Mobile Customers which are customized according to the taste of individual mobile customers.

The services will be available to the new BSNL SIM holders. However for existing BSNL SIM holders, an application will be provided by M/s Celltick which can be sent through OTA platform and downloaded by the customer. As the Apps will reside in customer handset, dependent upon handset operating system, it is presumed that most of smartphone user will be able to use these services.
BSNL has already started earning revenue by marketing and promoting its Cell Broadcast Service in various telecom circles including Kerala, Chennai etc. Presently telecom industry is using Cell Broadcast channel for Advertisement, Marketing and Promotion of various companies or Value Added Services. Cell Broadcast is capable of broadcasting one single message to reach all mobile handsets in an area as small as one radio cell and as big as the entire country. Its’ broadcast is real time and fast.
In short, “BSNL BUZZ” will provide customized contents to millions of BSNL users simultaneously and these Contents will be customized as per user preferences. BSNL will be launching “BSNL BUZZ” services by the the end of 2014.
Share. Facebook Twitter WhatsApp Telegram
Previous ArticleExclusive: BSNL to waive off Excess Billing Complaints of Free Night Broadband Customers
Next Article Exclusive: BSNL Landline Tariff to be revised from 01 October 2014